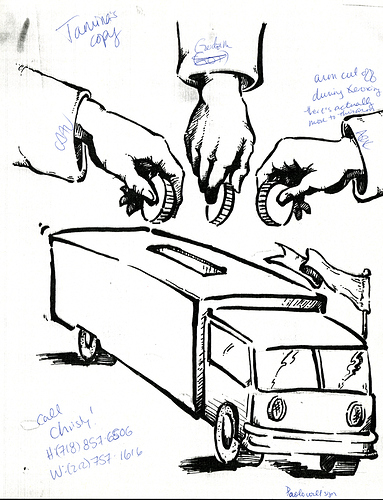 This letter comes from nineteen of the members of the artist collective Godzilla, who officially withdrew from the exhibition “Godzilla vs. The Art World: 1990-2001,” scheduled for later this spring at the Museum of Chinese in America (MOCA) in New York City. Since their withdrawal, the museum has decided to cancel the exhibition. Among their central reasons for withdrawing, the artists cite the museum’s support for the construction of a new jail in Chinatown (part of a controversial 2019 plan by the New York City Council), and the museum’s refusal to engage with any of the demands of artists after a year of negotiations.

Dear Nancy, MOCA Board, and Staff,

We are writing to inform you of our official withdrawal from MOCA’s planned exhibition “Godzilla vs. The Art World: 1990-2001.” We do so after much soul-searching and exhaustive brain storming. We hope by now you understand the reasons, which we have written and spoken of many times. But to reiterate:

We Godzilla signatories are deeply disappointed that MOCA has not lived up to its reputation and responsibility as a “trusted community anchor” and National Treasure. We had fervently hoped the Museum’s leaders might summon the will and courage to join with the Chinatown community, with those whose lives are most directly affected by the entire New York City Jail Plan, and with those who for decades helped build and shape the Museum’s mission.

Image: Godzilla in collaboration with Arkipelago and CAAAV, History Truck, 1995.