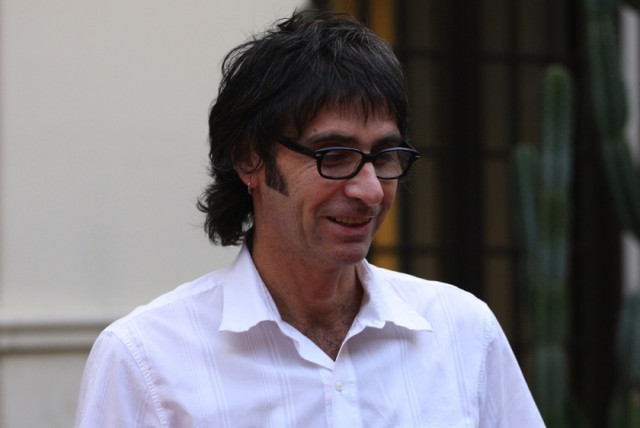 The New York Times reports that Andrew Ross, a New York University professor whose research focuses on labor practices, has been banned from entering the United Arab Emirates. Ross, who was planning on spending the next week in Abu Dhabi, was prevented from boarding an Etihad Airways flight, and later confirmed he was barred from entering the country. Ross has made incisive comments about problematic labor practices in the UAE, particularly its usage of underpaid migrant labor. Coincidentally, New York University’s newly finished Abu Dhabi campus is now being investigated for its labor practices. The New York Times reports, “The university had said it was committed to fair labor conditions in the United Arab Emirates during the planning stages of the Abu Dhabi campus…But university officials told The Times last year that they could not vouch for the treatment of individual workers brought to the site by private contractors. The university and the government of Abu Dhabi later announced that Nardello & Company, an international investigative firm, would conduct an inquiry on labor conditions at the N.Y.U. campus.” The Times also notes that the project has largely been financed by the ruling family of Abu Dhabi.

Ross speaks about his ban in an email to e-flux:

In my case, the ban was not a great surprise. Other critics of human rights abuse among the UAE’s migrant workforce have also been banned or deported. As an NYU professor, the incident has serious implications, since the academic freedom of faculty and students moving in and out of the Emirates is supposed to be fully protected. But NYU, no more than the Louvre, the Guggenheim, or any other cultural institution lured to the Emirates by piles of cash, cannot guarantee that speech or expression will be protected there.

Most worrying to me is the kind of signal this sends to less secure faculty employed at NYU Abu Dhabi itself. How are they now to view the rights that were promised to them? And will the same fate one day befall artists invited to participate in exhibitions and events at the Guggenheim or Louvre in Abu Dhabi?

Ross brings up a number of pertinent questions about the future of Western cultural partnership with the UAE. What are your thoughts?

An update on the increasingly serpentine situation from New York Times:

New York University’s fraught tenure as an intellectual prize of the Middle East has taken a new and mysterious turn: A private investigator has been making inquiries about an N.Y.U. professor who criticized the exploitation of migrant workers building the university’s campus in Abu Dhabi.

The same investigator, working for an as-yet unidentified party, has also sought information on a reporter for The New York Times who wrote last year about the harsh conditions endured by those workers.

The revelation that a private investigator has been collecting information about the professor, Andrew Ross, and the reporter, Ariel Kaminer, alarmed university officials. “The university has no knowledge of this and no involvement,” John Beckman, an N.Y.U. spokesman, said in a statement. “It’s reprehensible and offensive on its face, and we call on whoever is involved to desist immediately.”

It was not possible to say if any arm of the United Arab Emirates government, which has a record of striking back at those critical of migrant labor conditions there, has had a role in the investigation. A spokeswoman at the country’s embassy in Washington did not respond when asked on Thursday if the government joined N.Y.U.’s condemnation of the inquiry, or if it could offer insight into its nature or purpose.

Contacted by phone this week, the investigator, Loren Berger of New York, declined to discuss her inquiry.

“I can’t tell you who I’m working for — honestly, to tell you the truth, I don’t know who the client is,” Ms. Berger said. “It’s not unusual. I totally understand the reason for your inquiry and the nature of it. I can’t comment.”

Ms. Berger, who describes herself on her LinkedIn profile as a “senior investigator/case manager” without affiliation, also refused to say whether she was working as a subcontractor for another investigator, or who was paying.

On Jan. 29, Ms. Berger called Susan Fraiman, a professor of English at the University of Virginia. Professor Fraiman had written critically about some of Professor Ross’s academic work.

Ms. Berger “said something like, ‘We’re looking for people to comment negatively,’ ” Professor Fraiman recalled in an interview. “I told her that I don’t know him personally. It seemed odd.”

She said that she had asked about the context of the investigation, and that Ms. Berger had told her the president of N.Y.U. was under fire over the university’s involvement in the Emirates.

As Professor Fraiman recalled the conversation, “She said: ‘We’re investigating Andrew Ross for his comments about this and a particular journalist, Ariel Kaminer, who wrote about it. By the way, do you know her?’ ”

Both Professor Fraiman and Ms. Kaminer attended Princeton University, but at different times; both said they did not know each other. “I am amazed that anyone would waste time investigating a reporter instead of trying to help these workers,” said Ms Kaminer, who left The Times in December.

Sean O’Driscoll, a freelance reporter who collaborated with Ms. Kaminer on the article about the N.Y.U. campus, said he was told last year by United Arab Emirates security authorities that he would receive generous payments and immunity from prosecution if he would write favorably about the government. He said he had refused and had not been permitted to re-enter the country after leaving for a short period.

The facts reported by The Times and also by the British newspaper The Independent were supported by a report Human Rights Watch issued last month.

Nevertheless, the May 20, 2014, edition of The International New York Times that carried an article on the labor conditions was not published by the newspaper’s distribution partner in the Emirates because the subject was “deemed too sensitive for local printing,” Stephen Dunbar-Johnson, the president of The International New York Times, wrote to subscribers at the time.

A report on labor conditions commissioned by the Emirates in response to the news accounts is to be released within a few weeks, officials said.

Professor Ross said that two weeks ago he was not allowed to board a flight to Abu Dhabi for unspecified security reasons. Professor Ross, the president of N.Y.U.’s chapter of the American Association of University Professors, has been a persistent critic of the university’s arrangement with the Emirates.

“Neither N.Y.U., nor the Louvre, the Guggenheim, or any other cultural institution lured to the Emirates by piles of cash can guarantee that speech or expression will be protected there,” he wrote in a post to The Baffler describing his encounter at the airport.

Ms. Berger, the private investigator, said she would ask her unnamed employers if they would explain their mission publicly. “I don’t think they are going to,” she said.

Asked to comment on N.Y.U.’s admonition that the investigators “desist,” Ms. Berger was noncommittal. “Desist? O.K.,” she said. She paused and added, “I’m not aware of that statement.”

A minor note on this question Andrew Ross asks in the email quoted above:

Most worrying to me is the kind of signal this sends to less secure faculty employed at NYU Abu Dhabi itself. How are they now to view the rights that were promised to them? And will the same fate one day befall artists invited to participate in exhibitions and events at the Guggenheim or Louvre in Abu Dhabi?

When I reached out to the Guggenheim and TDIC around the time Ross wrote the update to his piece in The Baffler after the airport incident, a variation of the question in bold was one of my main queries, because it’s an obvious and important issue. Both eventually declined to comment on the record, though the Guggenheim has previously stated its support for “freedom of expression as it relates to art and other creative practices” in relation to the Abu Dhabi project.