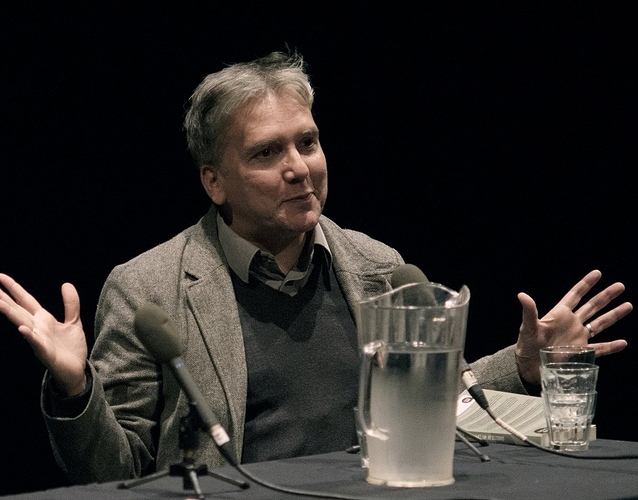 In the music magazine The Quietus, Enrico Monacelli takes an early look at a forthcoming collection of Mark Fisher’s final lectures, entitled Postcapitalist Desire. Monacelli notes that the near-universal admiration that Fisher has enjoyed in critical theory circles, especially since his untimely death, has tended to smooth over the tensions and complexities of his work. Fisher has come to be regarded as a “straightforwardly melancholic” thinker, writes Monacelli, clear-eyed about the dim prospects for radical transformation under current conditions. But the lectures in Postcapitalist Desire show a different side of Fisher: keen to throw himself into imagining a postcapitalist future and strategizing the political path that leads there. Here’s an excerpt from the piece:

The bleeding heart of this project is the yearning for a better life, the joys and failures such yearning brings. Contrary to the emaciated ravers and McDonalds outlets that dotted the drowned London which we have accustomed ourselves to while digesting the dirges of Capitalist Realism’s lost futures, Postcapitalist Desire is inhabited by the dim, and sometimes fading, aura of the generations of workers, students, and pop superstars who dreamt of an abundance which looks at once hopelessly impossible and painfully near. It stems from a form of fun and desire which have little to do with our present umbilical turn-ons and resentments, one that speaks to us through (quoting Herbert Marcuse), “the spectre of a world which could be free”. Postcapitalist Desire is a brief and experimental reconstruction of the march of our own consciousness towards a more thorough and sincere form of enjoyment.

Even the conceptual adversaries that Fisher takes up during these lectures possess a technicolour glow to them. They are not the all-encompassing sterility of capitalist realism and they are finally fully divested of the Derridean pomposity of words like hauntology. They are the quotidian ugliness of another Monday morning, a creature that humanity will hopefully eradicate, or the irrational restrictions of a world which would die of natural causes without its self-inflicted misery. They are banal, surely, but they require a quotidian cunning to work through them. They entail an ethical, political, and cultural work which shines a retrospective light on everything Fisher has ever worked on.

Image of Mark Fisher via Jacobin.