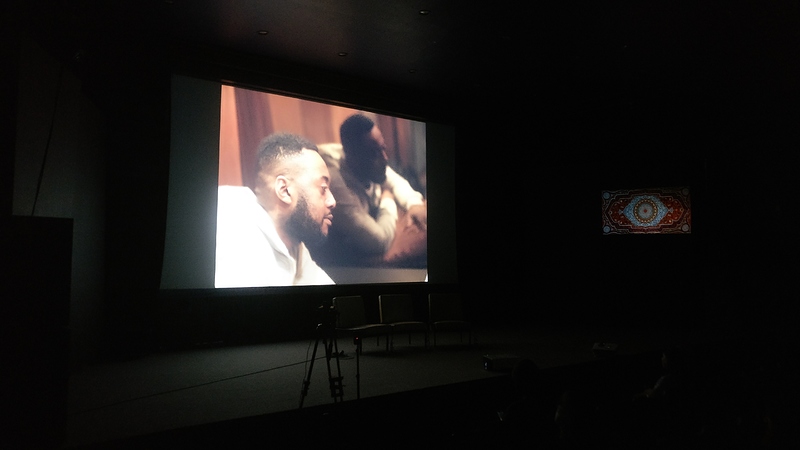 Still from From Left to Night, Wendelien van Oldenborgh, 2015.

The film follows the story of two rappers who wrote a piece of music following the London Riots of 2011. Yet it has a number of additional protagonists, who all bring with them varying contexts and knowledges. The film appears to operate within a similar logic to other works of van Oldenborgh, where an exchange between real life encounters and scripted performance become increasingly intertwined and blurred. Yet the strength of this process is one that operates around questions of representation. What is the place of duration and framing in the process of scripting real life encounters and re-performing them? How does improvisation operate under such circumstances?

These questions are also more overtly taken up in the film, when one individual asks another how they are to manage situations within which their ‘presence as a black woman’ is instantly measured, located and subsequently viewed as symbolic. Here, we see a film that historicises and politicises the various racial uprisings existing within British rap music juxtaposed with a background of resistance and revolutionary vocabulary such as ‘DISRUPT’, ‘RIOTS’ and ‘REVOLT’ - which appear taped to the walls of a London subway station.

Moreover, the film activates various aspects regarding security, authority and movement at the convergence of private and public spaces like one of the filming locations — the subway. This is made possible through the varying characters, their backgrounds, and a filmic device of decentralising the role of a single main character. In this way, questions of race and visibility in public space become the main rigour, through which the medium of film contributes a particular inference on surveillance. This is also brought up in the film, and mirrored again in van Oldenborgh’s process of cutting, editing and scripting actual events. Yet, this notion of publicness has an optimistic strength in a scene where one of the rappers talks about how he wants to write something instructional for future use rather than to write a thesis that simply sits on the shelf. He differentiates between self-realisation and music that inspires revolution instead of just thinking about revolution.

The music accompanying the film is by Owls, produced by Reveal. 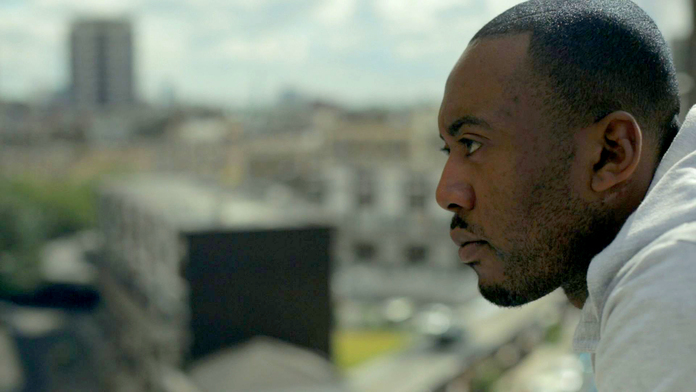 There’s a panel discussion after the film between van Oldenborgh, Ferreira da Silva (who plays a central role in the film) and Natasha Ginwala. da Silva talks about the limits of the critique of visibility, returning to the idea that there’s more work to be done. Simply naming the fact that we (in everyday life, for instance) are apprehended in a particular way is not enough.

van Oldenborgh picks up on this thread by quoting something da Silva said during the filming itself: ‘We must reimagine the world anew’. WvO cut the quote from the film for narrative purposes, an act that she herself says is violent.

So we’re thinking here about that violence of this omission, the cut of an explicitly hopeful quote and what that means to the way in which da Silva’s thesis is represented by WvO. But then, in this film we actually see van Oldenborgh trying out the ‘what ifs’ for which da Silva advocates. Inspired by da Silva’s text ‘To be Announced’, van Oldenborgh says: ‘I’m not going to give you the affect. I’m not going to analyse why. I’m not going to dig for the reasons and understand, but instead try to have different readings through making. An articulation of sorts of the ‘what if’ poethics for which Denise advocates. 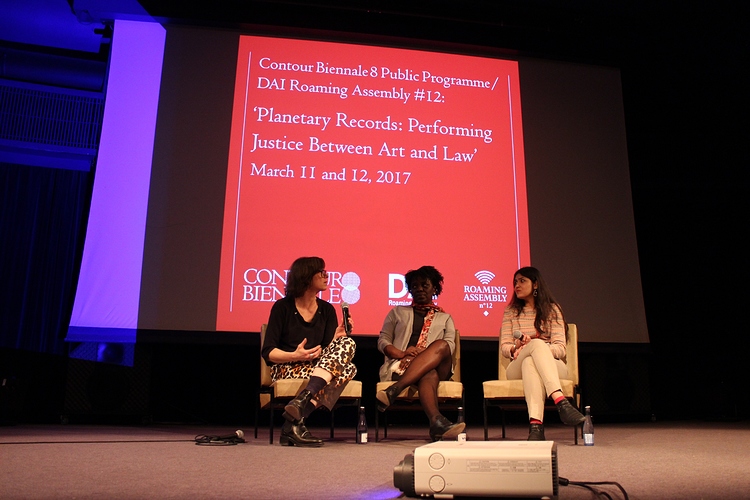 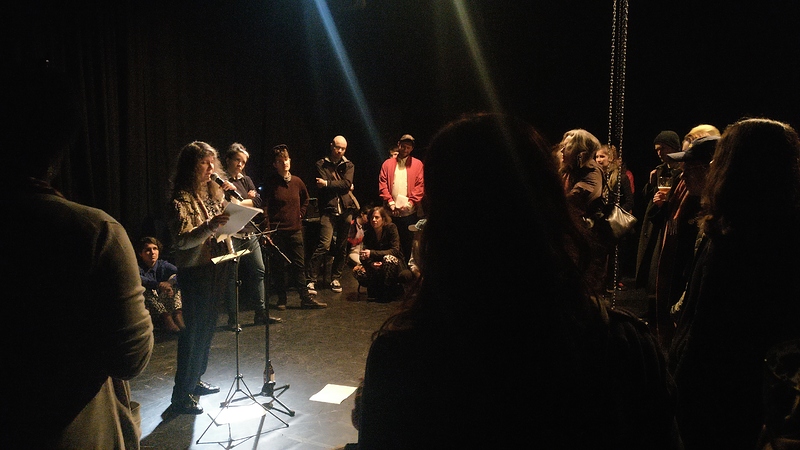 Rana Hamedeh, Can You Make a Pet of Him Like a Bird or Put Him on a Leash For Your Girls?, 2015

Woah, we just came out of Rana Hamadeh’s Can You Make a Pet of Him Like a Bird or Put Him on a Leash For Your Girls? The performance was structured through the oratorical tradition of the Shiite ceremony of Ashura, but, well, words are hard right now after the very bodily experience of being within the performance space. The digital sound configurations were pretty rich and Hamadeh was performing live before us (as you can see from the pics above). The setting, the mood, the situation itself, was very dark. It was theatrical in every sense of the word. Dramatically loud, sometimes jarringly so. The audience moved around the space because it almost hurt at points to stay still. But it was taxing on the senses. We heard weeping, glitches, musical moments of reprieve and assault, and half-muted conversations. And then Hamadeh.

In her conversation with Natasha Ginwala following the performance, Hamedeh spoke of the testimonial subject, which is not to be confused with the testimony and not necessarily to be regarded in opposition to the unjust.

The question she is asking is, How to constitute ourselves as testimonial subjects not only outside the court of law, but also in place of the legal subject? The testimonial, she claims, is a space or condition that is unspeakable or unutterable.

Here’s a video-interview with Hamadeh:https://www.youtube.com/watch?v=0EEyz04hnGI 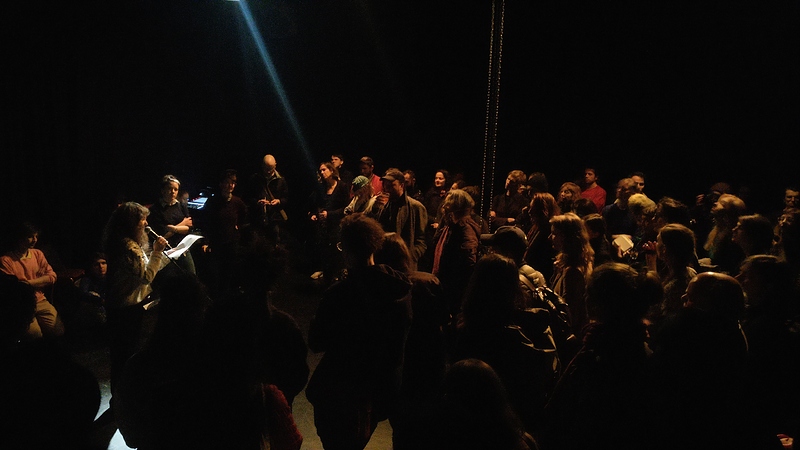 More documentation from Rana Hamedeh’s performance Can You Make a Pet of Him Like a Bird or Put Him on a Leash for Your Girls?

And that’s a wrap. Bonsoir and cheers