Kafka on Swimming and the Impossible 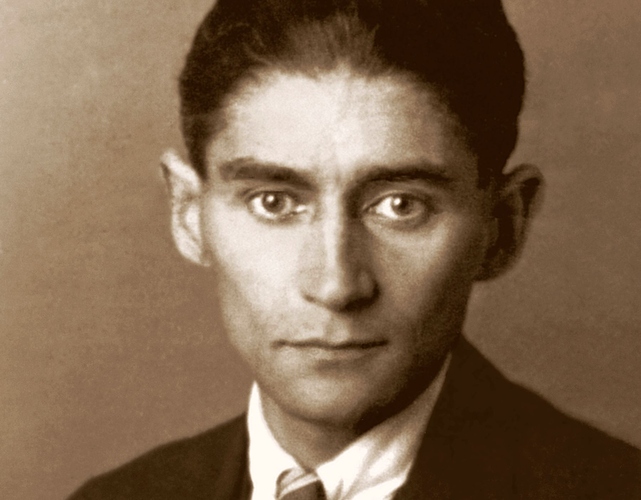 At the website of Cabinet, Aaron Schuster uses a Kafka short story about an Olympic swimmer as a springboard for a remarkable reflection on social norms, subjectivity, and the impossible. Kafka himself was an avid swimmer, and the story is full of his trademark existential torments and humiliating oddities. As Shuster writes, the story shows the swimmer as “the champion of the impossible.” Here’s an excerpt from the piece:

Fear of drowning is the truth of the great swimmer. It’s as if the swimmer were always out of his depth, lost at sea, lungs bursting, the shore out of reach. This anxiety is Kafka’s never-surpassed starting point. Using another image, Kafka compares himself to a schoolchild who’s stuck repeating the same grade, unable to pass to a higher level. “In this matter I behave toward you as a first grader who has been flunked eight times behaves toward an eighth grader who stands on the verge of the impossible: graduation.” Kafka is like a remedial student of life, always held back a grade, never acquiring the competence needed to pass the graduation exam and enter the so-called real world. Or a third image: “Lightning struck me one step before it did you, even before I reached the possible.” He is frozen in his tracks, struck down before the entrance to the possible. Kafka’s fiction is usually associated with transcendence, the sense of being dominated by an obscure agency lying beyond this world (the unreachable Sovereign, the inaccessible Law, an absent God). But the problem ought to be stated differently. This world is the beyond that Kafka cannot reach. The mystery he is unable to penetrate is the banal, everyday, socially recognized reality that Brod takes for granted (and whose confines he seeks to escape by desiring the impossible). From a Kafkian perspective, the failure to fully enter into the logic of mutual recognition, to assume one’s place in the symbolic order, to be thrown always-already into the world—this botched entry is not merely a defect, it is the subject. Or along the lines of the swimming paradox, the subject is the irrepressible memory of its anterior impossibility. This also yields a potential formula for the Kafkian death drive: “I can live like the others, only I have not forgotten my former inability to live, and so life is of no help to me; therefore I cannot live. My life is an open grave…”

Image of Franz Kafka via Wikipedia.