How Museums Are Documenting the BLM Uprising 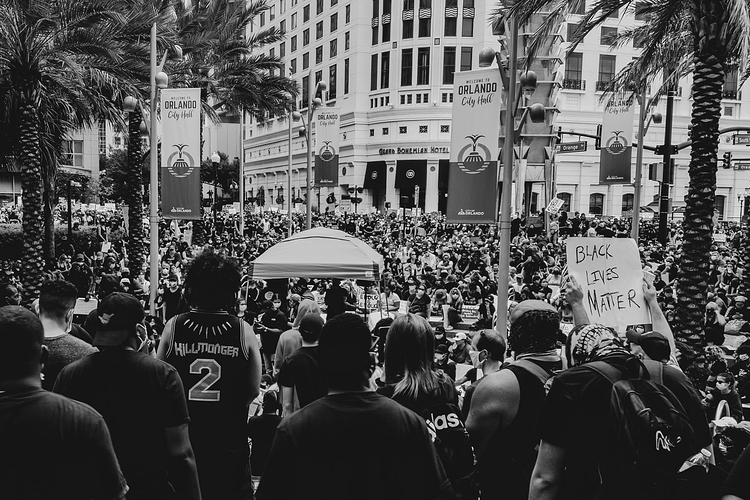 In The Guardian, Nadja Sayej writes about how US museums have been collecting artifacts and stories from the recent Black Lives Matter uprising in real time, seeking to document the protests for posterity as they are still unfolding. As Sayej writes, museums in places like Florida, Washington, DC, and New York have been collecting signs and other protest objects, along with recording oral histories from participants. Crucially, curators are involving participants in discussions about how these artifacts should be presented in the context of a museum, creating a “bottom-up” mode of curating. Here’s an excerpt from the article:

One art institution that has been collecting protest signs over the past month is the Orange County Regional History Center in Orlando, Florida. From photographs to media posts, videos and face masks, they want to mark this moment of political upheaval in America.

“Urgent-response art collecting is going out and getting things, as it’s happening,” said the center’s chief curator, Pamela Schwartz. “I’m always the first boots on the ground at a protest or Trump rally doing pop-up oral history interviews and collecting items.”

However, Schwartz and her team will not be just taking placards, as people’s stories continue to unfold. “We cannot yet collect many signs or posters because the individuals are still actively using them,” she adds. “We are, however, working to reach out to the creators and earmark them for eventual donation into the collection along with oral histories about their experience.”

As time progresses, the nature of the interviews will change – the same protesters could be interviewed two years from now, asking if they are happy with the legislation that has passed, to see if things have actually changed.

Image: A crowd gathers for a Black Lives Matter protest outside city hall in Orlando, Florida. Via The Guardian.