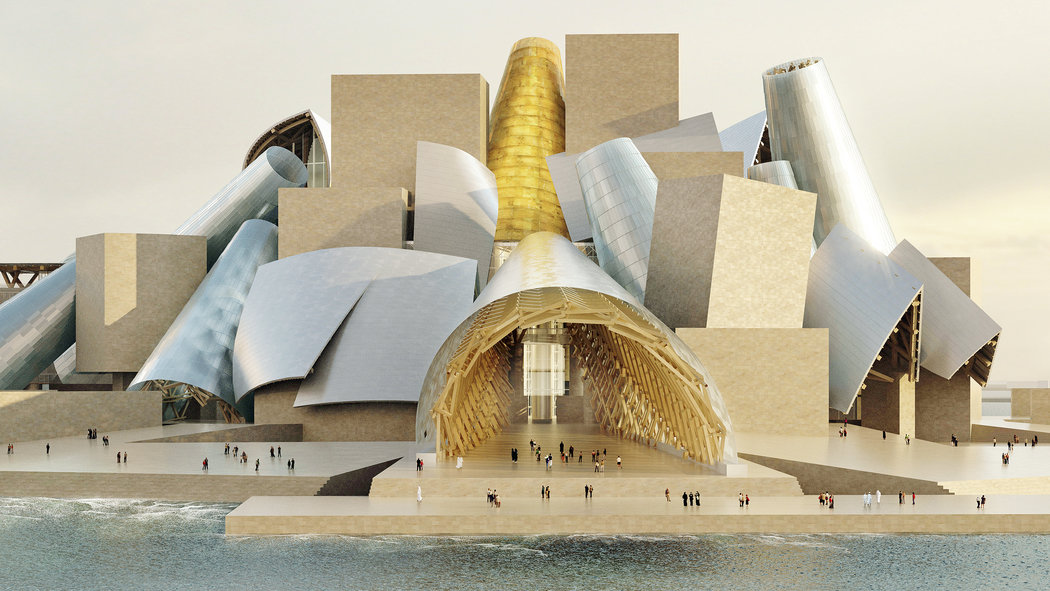 *This letter was sent to e-flux this morning by Guggenheim Director Richard Armstrong. It is pasted in entirety here.

In 2007, the Guggenheim Foundation and the leadership of the United Arab Emirates embarked on the Guggenheim Abu Dhabi Museum project, designed to serve as a catalyst for cultural exchange and to expand narratives of art history. Eight years later, our mutual commitment remains strong.

While construction of the Guggenheim Abu Dhabi Museum has not yet begun, our work to deliver on its potential continues. A team of curators based in New York and in Abu Dhabi has been actively developing a curatorial strategy for the future museum and has convened several forums with leading academics and critics to chart the project’s curatorial and intellectual parameters.

To date, the Guggenheim Abu Dhabi Museum project has acquired more than 250 artworks; 70% by non-Euro American artists, with a concentration on art from West Asia. In 2014, an inaugural exhibition, Seeing Through Light: Selections from the Guggenheim Abu Dhabi Collection, welcomed more than 90,000 visitors in Abu Dhabi and was extended due to popular demand. At the same time, museum educators in New York and in Abu Dhabi continue to build on four years’ worth of public programs and workshops aimed at engaging with the vital and diverse populations of the UAE and the region.

Despite these tangible efforts and successes, the Guggenheim Abu Dhabi continues to be maligned by some critics as a symbol of aggressive commercial expansion and as a perpetrator of grave abuses against foreign migrant workers. We would like to set the record straight.

There are currently no workers on the Guggenheim Abu Dhabi and there is no construction on the site because a contractor has yet to be selected. Since the inception of the Guggenheim Abu Dhabi project, the Guggenheim and the Tourism Development & Investment Company (TDIC) have held ongoing discussions about TDIC’s plans to safeguard conditions for workers who will build the future museum and to define measures for continuous enhancement of those conditions. As the museum developer, TDIC is fully responsible for construction and selection of contractors, and has committed to selecting a general contractor of international standing and high integrity.

In 2010, TDIC developed its Employment Practices Policy (EPP), which outlines workers’ welfare requirements on its projects including the Guggenheim Abu Dhabi. The EPP, which was endorsed by the Guggenheim and to which we contributed recommendation for its revision in 2015, has been noted by Human Rights Watch as providing “more labor protections than anywhere else in the Gulf.”

Annual public, independent monitoring reports by PricewaterhouseCoopers continue to show improvements among those who are working under the EPP on current TDIC projects on Saadiyat Island. At the same time, the government of Abu Dhabi has taken additional measures to strengthen protections for workers at the national level, including decrees enacted in January of this year that standardize contract terms and increase flexibility for workers to move between employers.

For six years, we have engaged in open dialogue with critics and others concerned about the topic of worker welfare. Despite this progress and our demonstrated and ongoing commitment to this issue, some of our critics have dismissed efforts by TDIC and the Guggenheim as meaningless while simultaneously taking credit for the changes that have been made. The Gulf Labor Coalition, in particular, has pursued a campaign of direct action against the Guggenheim since 2010 in the media and in our museums in New York and Venice. We believe this treatment is unfair, convenient for publicity purposes, and distracts from sincere efforts to address an issue to which TDIC and the Guggenheim have dedicated significant energy and resources with measureable progress.

Since 2010, we have engaged with Gulf Labor to seek common ground on the issue of worker welfare, participating in numerous phone calls and in-person meetings by members of the Guggenheim Foundation’s Board of Trustees and senior leadership. After our most recent meeting, held in February 2016, we reached the conclusion that these direct discussions are no longer productive. Gulf Labor continues to shift its demands on the Guggenheim beyond the reach of our influence as an arts institution while continuing to spread mistruths about the project and our role in it.

Despite this change in our posture toward Gulf Labor, our commitment to workers’ welfare on the Guggenheim Abu Dhabi project remains as strong as ever and we continue our dialogue with other NGOs including Human Rights Watch and the International Labour Organization. We also continue to pursue progress with our partners in the UAE and have offered to update Gulf Labor on major project developments.

The Guggenheim is and always will be a champion for art and for artists. We respect activism and recognize its value. We welcome dialogue and accept criticism. But we cannot stand silent in the face of deliberate falsehoods.

As global arts institutions in a rapidly changing world, we all face challenges that will require our best thinking and our mutual support. In that spirit, I welcome your questions and thank you for your continued collegiality.

An update from the Monday, April 18th New York Times:

A group of protesters critical of labor practices in Abu Dhabi, United Arab Emirates, said they would resume demonstrations aimed at the Solomon R. Guggenheim Museum, which is planning to expand there. The group, Gulf Ultra Luxury Faction, or G.U.L.F., held several protests inside the museum in Manhattan in 2014 and 2015, which included the installation of fake artworks and the display of long banners.

Such actions would begin again after a hiatus of about a year, the protesters said in an email, because last week museum officials, including Juan Ignacio Vidarte, the deputy director and chief officer for global strategies, told members of a related group, Gulf Labor, that they would no longer meet with them.

“Since the Guggenheim has unilaterally broken off negotiations with Gulf Labor, G.U.L.F. considers that its self-imposed moratorium has ended,” said the email, which was provided by a Gulf Labor member, Andrew Ross. “It will resume direct actions against the museum in New York and elsewhere.”

The museum replied with a statement saying officials had begun meeting with Gulf Labor six years ago but recently concluded that further meetings would be unproductive, and describing the protesters as being fixated on the Guggenheim.

“Gulf Labor continues to shift its demands on the Guggenheim beyond the reach of our influence as an arts institution while spreading mistruths about the project and our role in it,” the statement, which was provided by Tina Vaz, a spokeswoman, read in part. “This threat is more proof of their singular focus on the Guggenheim rather than a sincere attempt to deal with an issue of global complexity that involves many players.”

A Gulf Labor member, the artist Walid Raad, said that the group had been consistent in its demands and accurate in its depictions.

Over the past year Gulf Labor members had attended three meetings with museum officials including its director, Richard Armstrong and senior trustees, to discuss concerns about workers on Saadiyat Island, a luxury enclave being developed by the Emirates government. Most work there is done by foreign migrants, who are required to pay large recruitment and transit fees, critics say. Laborers helping to build a New York University campus there said that they had been subject to police raids, beatings and deportations after going on strike.

Gulf Labor members said they, along with other rights advocates, had provided the museum with examples of contract language that could help address issues related to recruitment fees, wages and the ability to organize. Museum officials have said those areas were beyond their direct influence. Those officials have added that they remained committed to advocating for workers and said that over the past year new rules by the Emirates’ Ministry of Labor and development arm had improved conditions there.

The protests at the Guggenheim have been highly visible. In 2014 demonstrators threw thousands of pieces of fake currency from upper levels of the museum. Two months later they placed their own politically tinged works in a show of Italian Futurism. And last year protesters dropped 10,000 fliers about workers rights from the museum’s spiral rotunda.