Brexit and the ineffective British Left 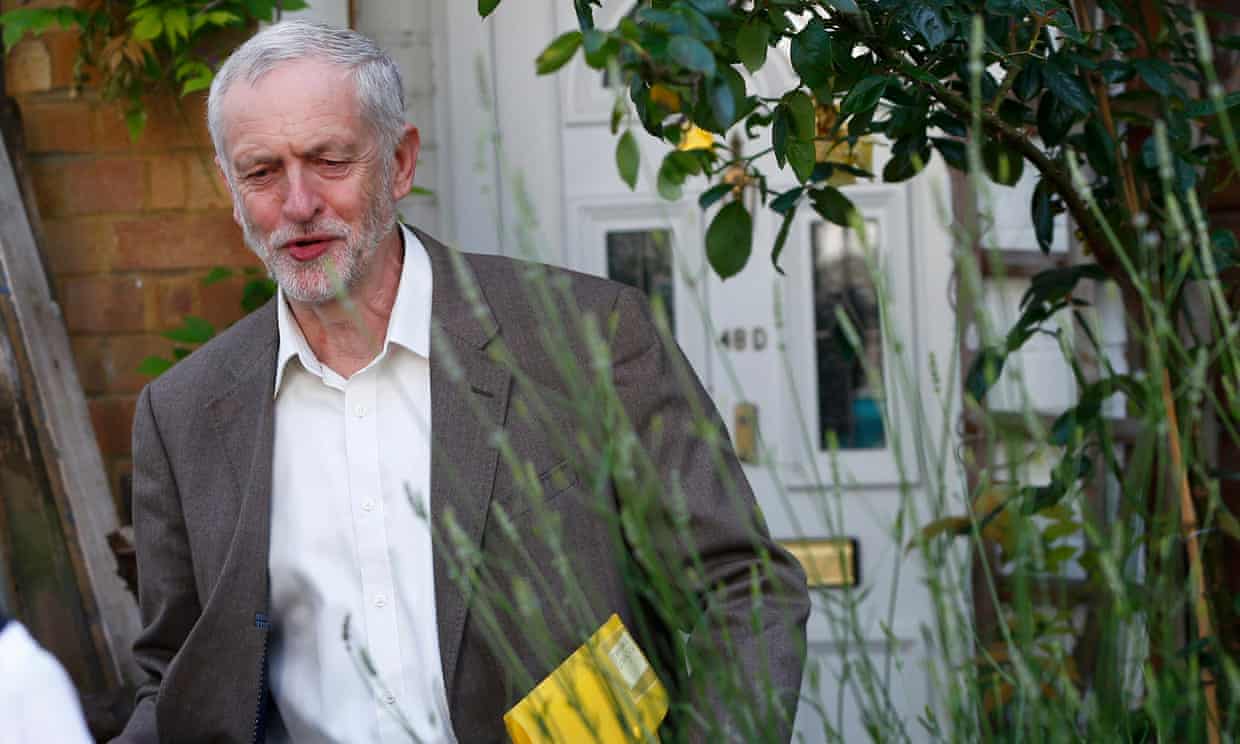 Writing for Salvage magazine, Richard Seymour argues that the British Left, especially the Labour Party, was largely ineffective and irrelevant in the debate leading up to the Brexit vote. The Left failed to articulate an explanation for widespread economic insecurity that addressed the real worries of working-class Britons, instead ceding the rhetorical terrain to the Right, with its anti-immigrant fear-mongering. Here’s an excerpt:

But Corbyn was also not the dynamic factor in this referendum. Nor was any part of the Left. The racists were. The chauvinists were. And what the racists have done is successfully articulated a broad antiestablishment sentiment — originating in class injuries, regional decline, postindustrial devastation, generational anxieties, etc. — along bigoted, national chauvinist lines. The vote cannot be reduced to racism and nationalism — but that is the primary way in which it has been organised and recruited and directed, and that is the primary way in which the outcome will be experienced. That this was achieved so soon after the fascist murder of a centre-left, pro-immigrant MP, is stunning in a way. It says something about the truculence of some of the chauvinism on display. It says something about the profound sense of loss which a reasserted ‘Britishness’ is supposed to compensate for. This is what many of the left-Brexiters have simply failed to appreciate. In refusing to see that resentful, racist nationalism was indispensable to the Brexit victory, in imagining that the flag-waving and conspiracy theories about the EU are superfluous relative to the ‘class anger’ about neoliberalism and declining living standards, they have adopted an exceptionally crude model of ‘consciousness’. Implicitly, it is as if they see racism as merely a flimsy superstructure, or a temporary fug obscuring the ‘real’ antagonism. As if the questions of nationality and race have not been decisively formative of the way in which class issues are settled in the United Kingdom.

There is a lot of finger-wagging on Twitter and elsewhere about how the exit voters have just triggered economic self-destruction. House prices will fall, savings will be diminished, the pound will weaken, jobs will dry up. Well, that’s all true. Except. Not everyone benefits from the insane property market. Not everyone has savings. Not everyone benefits, as the City does, from a strong pound. Manufacturing has suffered from that priority. Large parts of the country have been haemorrhaging jobs for years. ‘The economy’ is not a neutral terrain experienced by everyone in exactly the same way. And some of the votes, coming in core Labour areas, not necessarily strongly racist areas at first glance, indicate that. So people have voted against an economy that wasn’t working to their benefit. They have voted for ‘fairness’ in a context in which immigration was the only index of ‘fairness’. Of course, the polling and vox pops suggest that large numbers of them have also voted against Muslims, ‘Africans’, equal rights for gays, and all the social change that has befallen the UK in recent years. In some way, connotatively, these things are all linked — the nation’s decline, the loss of the empire, the evisceration of whole regions of industrial strength, and the erosion of the white, heterosexual man’s monopoly on full citizenship.