Bifo: "What Abyss Are We Talking About?" 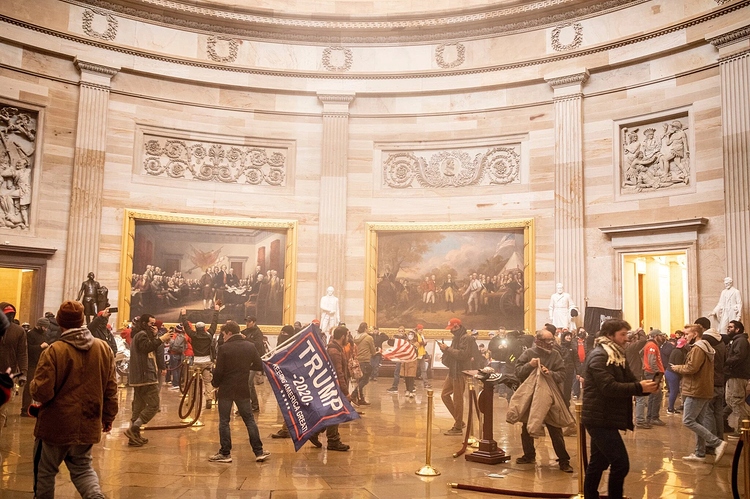 The essay published by Timothy Snyder in the New York Times Magazine on January 9 has a beautiful title, even if it is not very original.1 Reading the text, however, has been a little disappointing for me. Snyder writes:

Post-truth is pre-fascism, and Trump has been our post-truth president. When we give up on truth, we concede power to those with the wealth and charisma to create spectacle in its place. Without agreement about some basic facts, citizens cannot form the civil society that would allow them to defend themselves. If we lose the institutions that produce facts that are pertinent to us, then we tend to wallow in attractive abstractions and fictions. Post-truth wears away the rule of law and invites a regime of myth.

I obviously agree with this last point; that said, it explains nothing. What should be explained is why a large part of American society “believes” in systematically false statements.

By the by: does Snyder think that Trumpists “believe” in the words of Trump in a literal sense?

In the book Les Grecs ont-ils cru à leurs mythes? (Did the Greeks believe in their myths?), Paul Veyne questions the meaning of “belief.” His conclusion is that the force of mythology does not consist in believing a metaphor literally, in forgetting about the brackets before and after the metaphoric enunciation. Mythological belief (like memetic contagion) today similarly enables a sort of pragmatic coherence in the life of “believers.” It gives sense to the world of those who heed such mythology, amidst a world that has lost any sense.

For example, believing Trump’s assertion “I won the election” is not a semiological mistake. Rather, it is a strategy for identitarian self-assertion. When liberals speak of “fake news,” they totally miss the point, because those who share a mythology (or a meme) are not searching for the factual truth, like a social scientist might. Instead, they are consciously or unconsciously using the force of the fake enunciation as an exorcism, as an insult, as a weapon.

The more important question to ask is not why Trump lies, but instead why so many people vote for him in the first place. What are the conditions—economic, political, semiological, and so on—that produce this voting and acting? The solution to the problem is not to impeach the orange man (again), or ban him from Twitter (too late, Mr. Dorsey, too late). Rather, it is to allow people to think and to choose in a way that is not clouded by humiliation and resentment.

The American crisis is not generated by the perverted effects of mass communication. It is generated by the contradictions that emerge from the racist nature of the most violent country of all time.

The key for understanding current events in the US can be found in a sentence that President George H. W. Bush uttered at the Rio de Janeiro Earth Summit in 1992. This summit was devoted to discussing impending climatic change and figuring out ways to reduce the effects of economic growth on the environment.

“The lifestyle of the American people is not negotiable,” said the president.

The American lifestyle can be summarized in one statistic: the average American consumes four times as much electricity as the average non-American. White Americans—some of whom were impoverished by the 2008 financial crash, from which only the finance class emerged victorious; who feel humiliated by fifty years of criminal wars ignominiously lost; who worry about the coming loss of demographic dominance—are desperately clinging to what little they still have: their SUVs, their weapons, and the right to eat enormous amounts of animals. Endangered by globalization, their privilege is rapidly fading, so they are ready to follow a führer who promises to make America great again.

What happened on January 6 in Washington was not an insurrection nor a true coup d’état. It was an episode, simultaneously farcical and criminal, in the American civil war between white nationalism and liberal globalism. Both the globalists and the nationalists are expressions of American capitalist supremacy. This civil war is going to endure and expand, and—luckily for humankind—it will consume American potency.

If you want to understand the ongoing civil war, you should read an article by American journalist Thomas Frank, published in Le Monde Diplomatique:

At a barbecue restaurant near my family’s house, a man reportedly walked in wearing a bright red Trump hat but no antiviral face mask. When the kid at the cash register (the kid is paid $8.50 per hour, the paper notes) asked the man to cover his nose and mouth as per local rules, the man flipped up his shirt like Clint Eastwood in an Italian western to let the kid see that he was carrying a pistol.2

This exemplifies the prevalence of a creeping civil war in the fabric of everyday American life, which will continue to periodically explode like it did on January 6. This low-intensity war is going to become the norm, and little by little it will drag the police and the military into the fray.

The abyss is not semiological, but cultural, social, and racial. White supremacy is the central foundation of American identity because the United States is based on genocide and slavery. Trump is not a malignant exception, but the authentic soul of white America. This is the abyss, not the spread of ridiculous lies that only white liberals take seriously.

The 13th Amendment did not abolish slavery in the US. It merely legalized it, so that cotton fields have been replaced by mass imprisonment.

This is the abyss that Timothy Snyder fails to see.

NOTES
1 Timothy Snyder, “The American Abyss,” New York Times Magazine, January 9, 2021 →. I published an essay with the same title in the September 2020 issue of e-flux journal—see →.

Image by Ashley Gilbertson/VII, for the New York Times.