A biography of psychedelic America 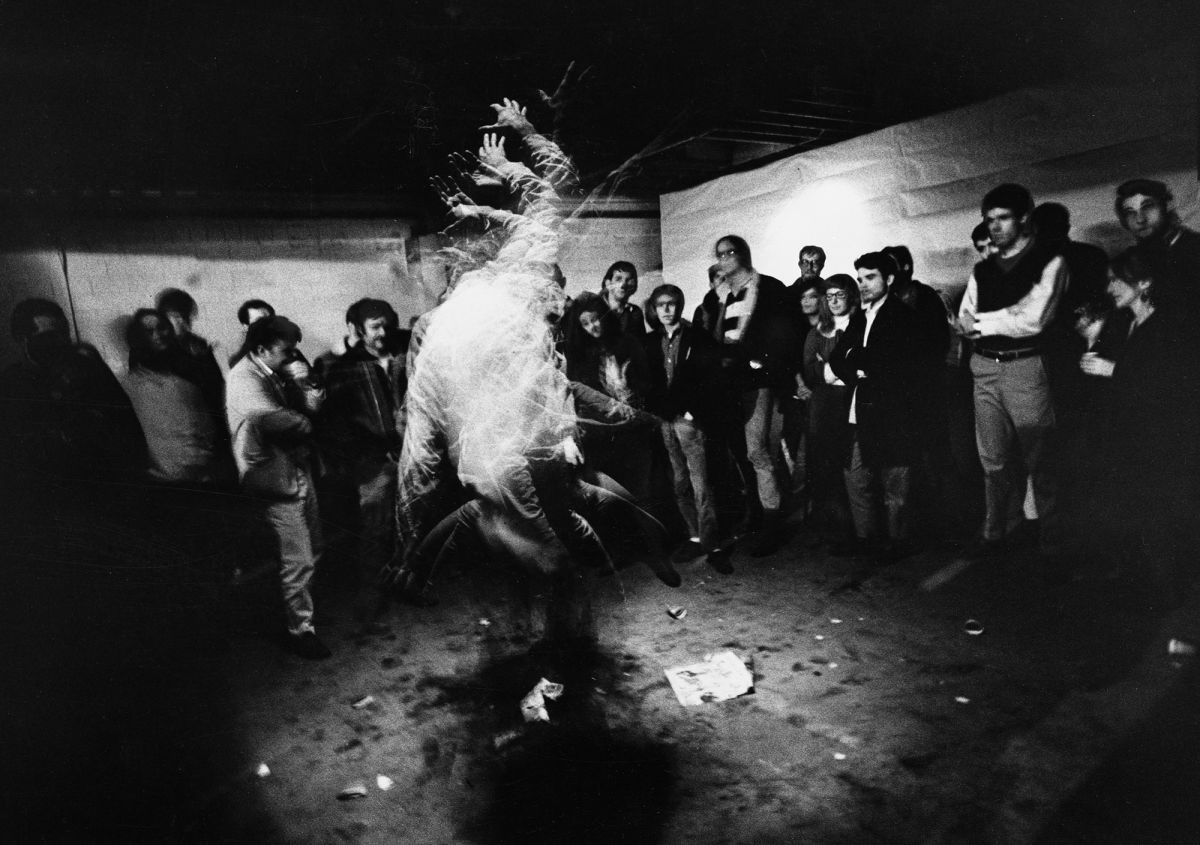 At the New Yorker website, Hua Hsu write about Heads: A Biography of Psychedelic America, a fascinating new book by journalist and radio DJ Jesse Jarnow. As Hsu notes, much has been written about the historical connection between California hippie culture and the libertarian capitalism of Silicon Valley. But Jarnow unearths a different lineage of hippie culture, one intimately connected to the liberatory potential of psychedelics. This lineage envisions freedom from work, the market, and government repression. Here’s an excerpt from Hsu’s piece:

“Heads: A Biography of Psychedelic America,” a meticulously researched new book by the journalist and radio d.j. Jesse Jarnow, attempts to complicate and extend the history of psychoactive drugs in this country. Jarnow details the emergence of a psychedelic sensibility in the sixties and seventies, a sensibility given coherence by the music of the Grateful Dead, whose visions of a cosmic Americana would inspire religious levels of devotion, and by networks of LSD advocates and distributors. Jarnow builds this history as a ground-up affair, toggling between the boldface names and forgotten visionaries, low-level dealers, failed entrepreneurs, and Deadhead computer programmers. Jarnow himself was too young to experience the sixties firsthand, but this distance lends his investigation a kind of innocent verve. He is vigilant in his attempt to understand the idealism of the past on its own terms, and to regard the “head”—the archetypal, open-minded sixties explorer—as someone whose skepticism toward power structures and authority might still resonate with us today. It’s just that, back then, such an explorer might have found a little more help along the way …

Inquiries into the drug’s therapeutic potential have had something of a resurgence lately, as Michael Pollan wrote about for this magazine last year; just last week, researchers in England released images of the neural activity of patients who were tripping on LSD. And, of course, recreational use persists. Even so, as I read Jarnow’s chapter on the innocent, halcyon days of LSD experimentation, the mid-sixties started to feel further away than the seventeen-hundreds. It was easy to understand the central players’ ambitions—their visions of freedom aren’t so different from ours—but it was nearly impossible to imagine the world they found themselves in; I kept anticipating the nation’s inexorable tilt back toward its Puritan roots, its choice of law and order over mind expansion. Reading history sometimes requires us to briefly pretend that we don’t know what happens next, so that we can genuinely grasp that another future was once possible. This is hard to do. A sadly ominous feeling descends, for instance, when Jarnow describes a January, 1967, conference on psychedelics at San Francisco State University, which brought together scientists, therapists, and assorted idealists. The following year, LSD would be outlawed.

Perhaps it was entirely predictable that that spirit of adventure and communalism would be tamed. Jarnow discusses the tension between “hip economics”—the underground economy of barter and subsistence propped up by the drug trade—and “hip capitalism,” which borrowed the vibes of the sixties idealists in order to market countercultural cool. And he’s reluctant to give up hope on the former, even though the latter has emphatically triumphed: “Until a head can invent something so wonderful that it transcends money,” he writes, “American currency will act on the hip economy like gravity, keeping the new alternate universe tethered to the traditional United States and reality at large.” The most vivid thread that runs through “Heads” is the one that follows this divide, between the sometimes deadening rhythms of the real world and the enduring fantasies of something different.

“Until a head can invent something so wonderful that it transcends money,” he writes, “American currency will act on the hip economy like gravity, keeping the new alternate universe tethered to the traditional United States and reality at large.”

GD Family does not concur.

Strange memories on this nervous night in Las Vegas. Five years later? Six? It seems like a lifetime, or at least a Main Era—the kind of peak that never comes again. San Francisco in the middle sixties was a very special time and place to be a part of. Maybe it meant something. Maybe not, in the long run . . . but no explanation, no mix of words or music or memories can touch that sense of knowing that you were there and alive in that corner of time and the world. Whatever it meant. . . .

History is hard to know, because of all the hired bullshit, but even without being sure of “history” it seems entirely reasonable to think that every now and then the energy of a whole generation comes to a head in a long fine flash, for reasons that nobody really understands at the time—and which never explain, in retrospect, what actually happened.

My central memory of that time seems to hang on one or five or maybe forty nights—or very early mornings—when I left the Fillmore half-crazy and, instead of going home, aimed the big 650 Lightning across the Bay Bridge at a hundred miles an hour wearing L. L. Bean shorts and a Butte sheepherder’s jacket . . . booming through the Treasure Island tunnel at the lights of Oakland and Berkeley and Richmond, not quite sure which turn-off to take when I got to the other end (always stalling at the toll-gate, too twisted to find neutral while I fumbled for change) . . . but being absolutely certain that no matter which way I went I would come to a place where people were just as high and wild as I was: No doubt at all about that. . . .

There was madness in any direction, at any hour. If not across the Bay, then up the Golden Gate or down 101 to Los Altos or La Honda. . . . You could strike sparks anywhere. There was a fantastic universal sense that whatever we were doing was right, that we were winning. . . .

And that, I think, was the handle—that sense of inevitable victory over the forces of Old and Evil. Not in any mean or military sense; we didn’t need that. Our energy would simply prevail. There was no point in fighting—on our side or theirs. We had all the momentum; we were riding the crest of a high and beautiful wave. . . .

So now, less than five years later, you can go up on a steep hill in Las Vegas and look West, and with the right kind of eyes you can almost see the high-water mark—that place where the wave finally broke and rolled back.